Home » News » Press » Jos and Lars Vercammen (Vremde, BE) have been winning top prizes with ease in 2015

Jos and Lars Vercammen (Vremde, BE) have been winning top prizes with ease in 2015 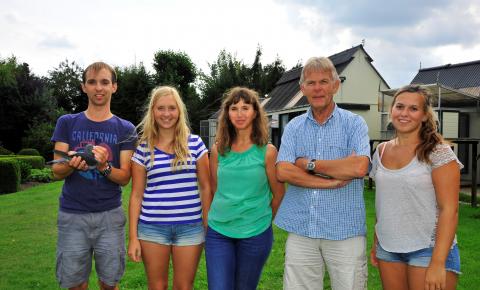 We have seen a lot of spectacular results from Jos and Lars Vercammen in recent seasons. They have managed to achieve great results in the national races, sometimes beating the entire field. The 2015 season was no different, and it is worth noting that father and son Vercammen have won a top prize at provincial, zonal or national level almost every single week. The icing on the cake came towards the end of the season, when they won a first prize in the zone for two consecutive weeks.

You can read the full article by clicking on this link.