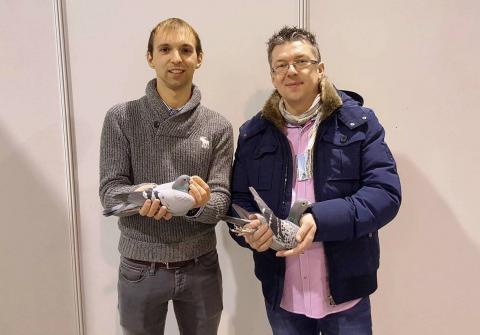 Poland is one of the upcoming countries in global pigeon racing. They have many motivated fanciers who try to breed the best possible racing birds. One of the absolute stars in Poland is Marek Trzaska. Over the years he has had different national ace-pigeons and Olympiad birds. His breeding loft is mainly based on Hok Jos Vercammen pigeons.

The season 2015 would be his first one as ‘captain of the team’. “General”(PL-0264-13-400) did not disappoint at all! Below you can see all his results from this season. His ‘worst’ result was  the 37° prize against 2,430 pigeons … impressive! Especially on the last two races of the season he showed his super class. On two difficult races he won the first prize with a lead of 13 and 9 minutes on number two! 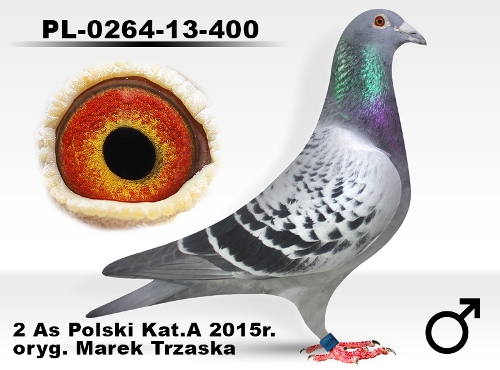 Mr. Trzaska expects him to be on his peak in the season 2016. That would be very interesting for him with a pigeon Olympiad in Belgium coming up! 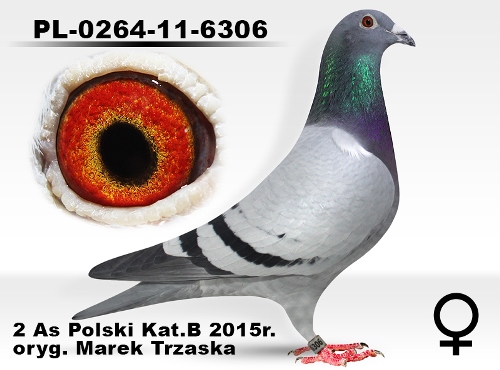 The blue hen “First Lady”(PL-0264-11-6306) became 2nd National Ace-pigeon of Poland in her fifth racing season, this is quite unique! What is even more special, is the fact that it is already the second time that this blue hen is ranked amongst the national ace-pigeons! Also in 2014 she was one of Poland’s best birds on the middle distance.

Congratulations to Mr. Trzaska with these exceptional results and we hope to see you representing your country at the Olympiad in Belgium next year!