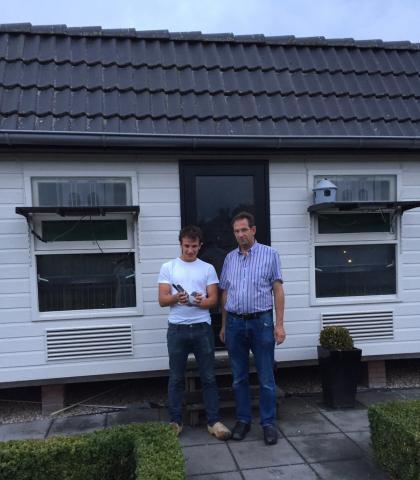 In the month of December 2015 the Dutch fanciers Piet van de Woestijne and his friend Henk Verwoert paid us a visit. They have some Hok Jos Vercammen birds on their lofts and wanted to update us about the successes they had with these birds.

One of the first things Piet van de Woestijne told us was: “Your pigeon “Thunderbolt”(B08-6144141) is in my eyes one of your best breeders. Of course he is a top breeder at your own loft but also on my own loft in Holland the descendants of “Thunderbolt” are very dominant. Their performances are great!”

“Thunderbolt”(B08-6144141) bred different top racers in the past. Also in the racing season 2015 his descendants flew some remarkable results on our own loft. 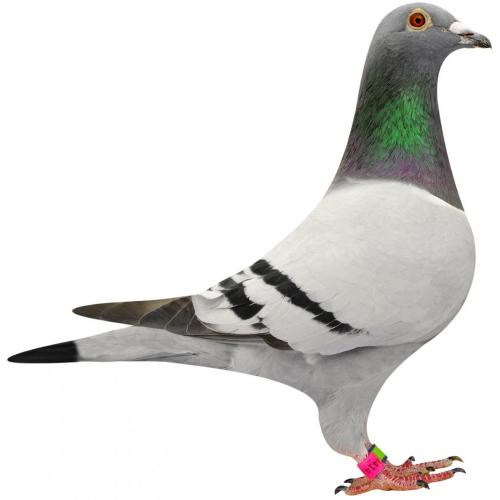 Thanks to the performances of these birds Piet van de Woestijne became 1st Provincial Champion Short Distance (August – September). To win this title he had to beat famous champions like Eijerkamp and Alwin Petrie.

We want to congratulate Piet van de Woestijne with his top results and wish him all the best for the future!