首页 » References » Success in China and Taiwan with Vercammen birds

Success in China and Taiwan with Vercammen birds 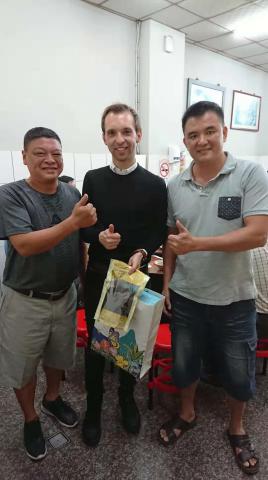 At the end of November 2018 we made a trip to China and Taiwan in order to meet many pigeon friends. In a few days time we heard that two different grandchildren of “Rikky”(B12-6196217) won a 1° prize of about 4,500 pigeons in hard weather cirumstances!

A significant difference to the European racing season is that in those Asian countries races are held during the winter months. We were lucky to attend such a race in Taiwan. The birds were released at the sea. First they had to fly 150km over the water before reaching the main land where they still had to fly 150-200km. The weather circumstances were tough but fair: headwinds and a temperature that rose till 29°C. The morning of the race I was saying at breakfast that the Vercammen pigeons are usually hard to beat in these circumstances. And to make the story complete, we received in the evening a message from a Taiwanese fancier: the winner from this though race was indeed bred from an original Vercammen bird! Mr. Hunter won the 1st prize against 4,011 pigeons.  The father, the blue cock B15-6026414, is a direct Vercammen pigeon. The mother is mother bred from local Taiwanese crossings. What is the pedigree of B15-6026414? His father is "Rikky"(B12-6196217), a very valuable breeder at our loft. He was our best young bird in 2012 and  later became even more important on the breeding loft. He is for instance father to "Prada"(B14-6175059), 5° National Chateauroux (526km) 25,710 pigeons. The mother of this bird "Banana"(B07-6221477). She is a daughter of world famous "Barco (801-6387350). The breeding line of "Barco" is known to add more power and endurance to any pigeon strain. 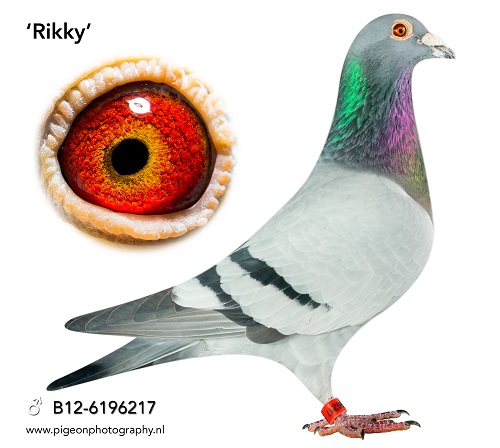 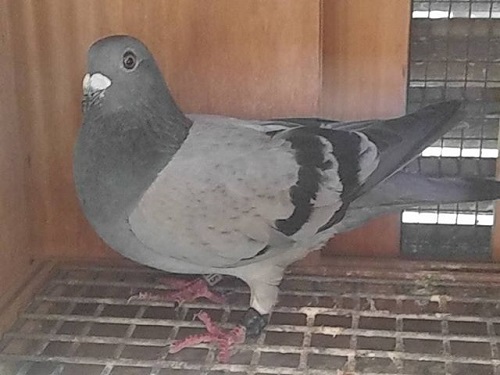 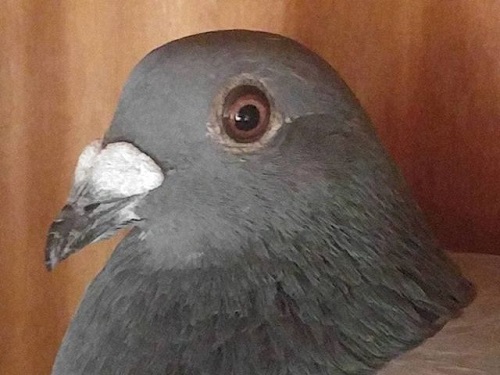 A few days later we visited well known FuQi Racing Pigeon Club in Wuhan (China). A lot of money can be won (and lost) here. They have the same racing principle as the famous Pioneer race in Beijing. It is not an one loft race but all the birds are being kept and raced at an enormous domain of 200,000 squared meters. Every team has got its own installation, including the lofts, meeting room and sleeping facilities for the pigeon trainers. Also the fanciers who live near this complex can participate to the FuQi races. A few moments after we arrived at the FuQi headquarters, an enthusiast Chinese pigeon racer approached us. He is a huge fan of our “Elektro”(B08-6174630) and “Mustang”(B14-6175237) family. He told us that the winner of the second FuQu race was also bred from an original Vercammen pigeon. The bird won 1° against about 4,500 pigeons and the father is directly from our loft. He was bought at the ‘Golden 10’ auction. This blue white flight cock is a son to again “Rikky”(B12-6196217)! So in a very short period two massive winners in China and Taiwan were bred out of a child to “Rikky”(B12-6196217). This time he was coupled to “Shiva”(B12-6196425), an outstanding child to “Elektro”(B08-6174630). This means he is a full brother to “Prada”(B14-6175059), 5° National Chateauroux (526km) 25,710 pigeons. 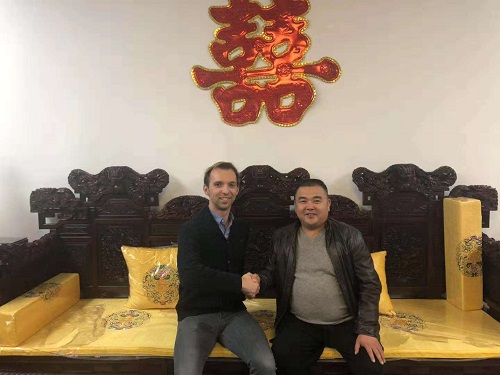 Lars with the president of the FuQi club in Wuhan

So it would lead to no surprise saying that the breeding qualities of “Rikky”(B12-6196217) are getting highly appreciated!