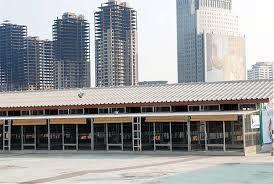 The Hok Jos Vercammen pigeons have already proven many times to be successful in Asia. They have for instance a proven track record in the difficult Thailand One Loft Race. Also in 2016 the Vercammen pigeons were again dominant in the hard Thai weather circumstances.

The following information was published on the website of the Thailand One Loft Race:
At 7.00 am in the morning of December 9, 2016, a total of 1,025 pigeons were released near the southern border of Pichit Province, a distance of about 260.5 km directly north of Bangkok where the racing loft is located. These pigeons had gone through 19 training flights up to 200 km and they represented 69 percent of the 1,488 pigeons originally registered for this year race, excluding the 25 pigeons not basketed for the race due to unfit physical condition and/or disabled from accidents. By any standard, this high percentage of survivors was not easy to attain. Our record last year was 48% which still compared favorably by local standard.

Weather condition on the race day was very nice, very sunny with 15-30 km/hour northeast wind. We expected the winning speed to be around 1400-1500 mpm or arrival time well before 10.00 am. But to every one’s surprise, the first group of 16 birds arrived and timed in within 26 seconds starting from 10:12:53.6 which resulted in the first ranking speed of 1347.895 mpm. The first prize winner was R16-57706, a strong chec cock with complete flight feathers entered by Dr. Wanlop Chiaravanont. By the end of the day, 797 pigeons or 78% of the total made it home while 118 more came back the next day. 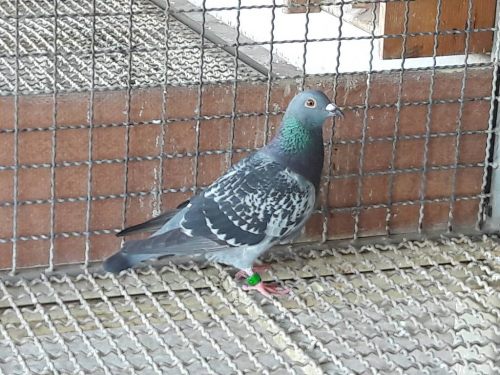 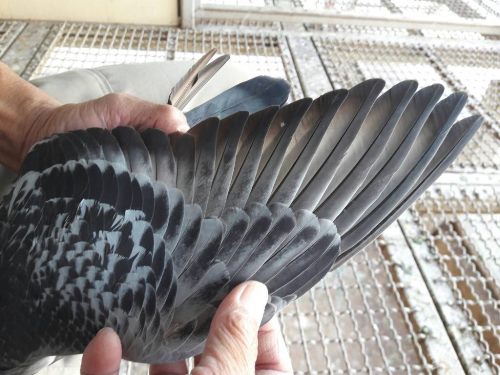 Some pictures of the winner of the first Hotspot race

Also in the second Hotspot race (330km) the 1° prize winner against 884 birds was a bird with the Hok Jos Vercammen blood in its veins.

Below mentioned text is the analysis of the race published on the website of the Thailand One Loft Race:
The race was staged on December 23, 2016 when 884 pigeons was released at 7.20 am from a location approximately 5 km south of Ampur Nong Pla on Route 11, a distance of about 330 km directly north of Bangkok. The weather on race day was very windy, 15-35 km/hour from northeast direction while the temperature was rather hot in late morning. This condition spelled disaster for pigeons flying long distance from north to south as they would be blown westward and missed their target by 50-60 km as had happened every year around this time. On the other hand, if they were flying from the northeast, they would be jettisoned by the tail wind and could easily reach the speed of 1400-1500 mpm and suffer very small percentage of loss.

As expected, it took the lone winning bird five hours to return home at 12.21.02.7 pm with the average speed of 1,096.182 mpm while early birds of the other race on the same day from the north east achieved the speed of over 1400 mpm. The second and third At the end of the day, only 240 birds or 27.15% of the total sent made it home leaving some 644 pigeons to find their perches elsewhere for the night. In the second day, 308 more birds found their way home. The clock was stopped when 608 pigeons were timed in the following day. The losses were substantial but not so bad if compared to Hotspot 2 race last year (2015) when there were only 251 day birds from 678 entered. The worst case was Hotspot 2 in 2014 when there were only 39 day birds from 953 sent.

It is not a common in OLR when a thousand of birds competing to have a winner which came back three minutes in front of its loft mates. The pigeon that achieved this dramatic result was a strong and beautiful dark checkered hen R16-47553 entered by Mr. Jia Biao from China. It was bred by his local counterpart from a son of the late Gerrit Lahuis’ super pair that produced three NPO winners, basically Koopman origin. The mother side is a daughter from ‘Scotch’, in turn a grandson of Bacardi and Beckham of Jos Vercammen. The winner also scored the 39th place in the first hotspot and had a good chance for Ace Pigeon top ranking. In fact, it was the second time that Mr. Jia Biao had won the Hotspot 2 race in Thailand. 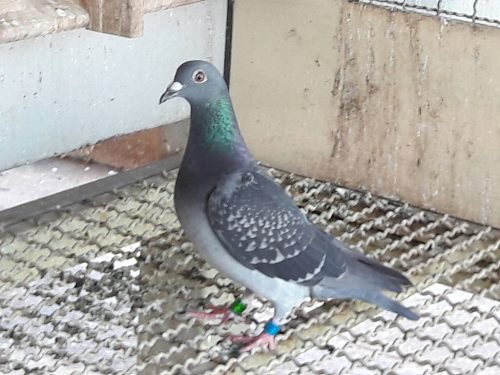 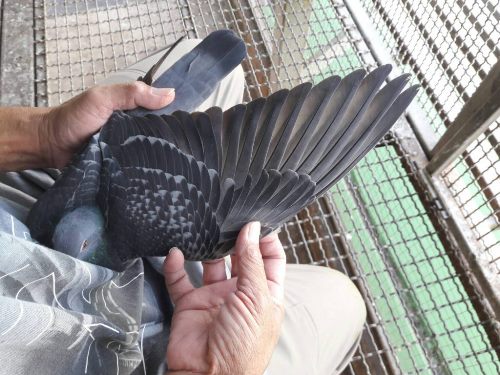 Some pictures of the winner of the second Hotspot race